Avengers: ENDGAME Spoiler-FREE Review POWkabam has to give the ultimate culmination of the Marvel Cinematic Universe a 10/10 score, or hell, make it an 11 out of 10!

This “Avengers: ENDGAME Spoiler-FREE Review POWkabam” will talk about the feelings and the power of the flick.

And I vow to do my best to not even hint at a possible outcome of the movie’s events.

As a lifelong comic books fan, with a favorite of Thanos from the time when The Infinity Gauntlet dropped, the use of the title Avengers: Infinity War brought about conflicting feelings.

That was before seeing the Russo brothers’ film.

I was conflicted because I knew that the writing of genius Jim Starlin and the character he created was not going to be portrayed with much from the Thanos Quest, The Infinity Gauntlet, and The Infinity War books.

There are mild Spoilers* to Avengers: Infinity War.

Well guess what: the MCU has done nothing short of a remarkable job with nearly all of their comic book adaptations and as much it is its own thing, it kept the spirit of Starlin’s opus intact and brought audiences an awesome ruthless tyrant in Thanos on screen.

The movie had so many surprises and showed off the big purple chin’s intelligence, resolve, and triumph.

And so I loved it.

I did not expect to, but I did all the same.

And so with the finale I went in with less expectations.

Anything could happen in Avengers: ENDGAME.

I had one guess only, which I will not utter here, as to an outcome of the plot, but otherwise was really enamored with the infinite (pun intended) possibilities of Avengers: ENDGAME.

It is so damn good that I would compare its predecessor with the Babe pointing his finger into the stands and then with Avengers: ENDGAME being the point where he hit the ball out of the park!

The film is one of the funnier of the MCU assembly, and it is so so very moving.

Emotions run high, low, and everywhere in between after the snap of Thanos’ finger in the Infinity Gauntlet turns half of the universe, including earth and its web-head Spider-man, into dust.

But this is only the setup to Avengers: ENDGAME.

Surprises in the character arcs, the lines, and the plot seize the audience and play on foreshadowing, false foreshadowing, and plot points from more than a dozen films.

It all comes to a head.

And it has to be one of the most impactful and rewarding super hero movie experiences of a lifetime. 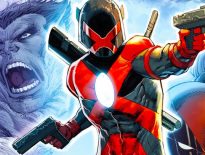 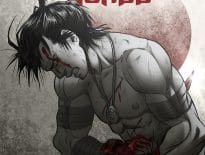