The Grit of V For Vendetta Creator David Lloyd’s Kickback 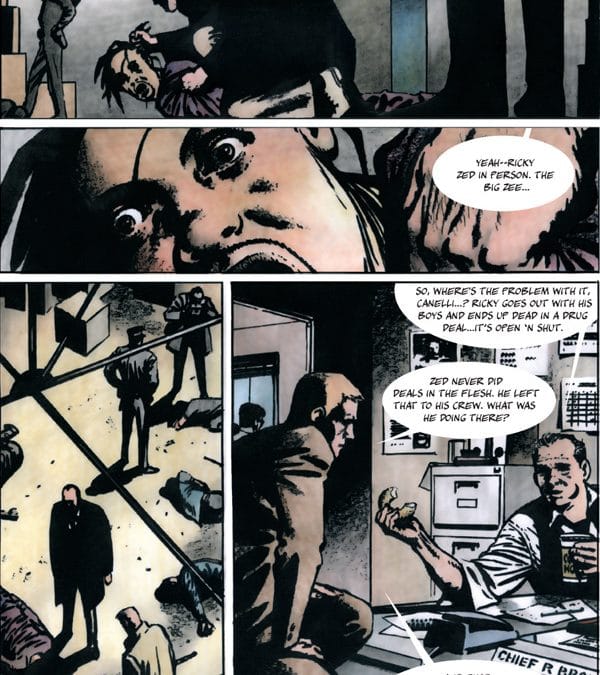 The grit of V For Vendetta creator David Lloyd’s Kickback is a welcome overtone unleashed across a thrilling tale of crime, mystery, and the spotted soul of a haunted detective unraveling, as he battles to persevere.
​
This is our inaugural POWkabam Comics Review, and it could not have been for a more impactful graphic novel.
​
Today, of all days, is November the Fifth, and the co-creator of V For Vendetta David Lloyd is a visionary whose works of art are an innovative reflection of the human condition.

Kickback is David’s baby, and he is proud to have been able to focus a lot of time and energy in cultivating a truly remarkable tale, as he wrote the story, as well as produced all of the art for the book.

The main character is Joe Canelli, who is a detective tormented by his own involvement in the department’s kickbacks.

Joe is as real as real gets, and his slow deterioration, as he fights to press on, does little to stymy his quests for mental clarity and to solve a black case.

Two things are immediately apparent in the book:
​
One is that Joe is literally haunted; fleeting dreams from his childhood speak to his terror, as he stands aloft in the body of some skeletal aircraft, and his guilt from morally bereft decisions to look the other way.

The character is fleshed out, and has misgivings from childhood as well as his decisions along a pothole-marked path as an adult and the psychological aspects make for a very unique and relatable character in Joe.

The second aspect that stood out was the use of integral female characters in Candy, Joe’s girlfriend, and McLean, a reporter, who both have resonant personalities that make for interesting conversation and intense additions to the plot as the story unfolds.

Candy struggles to learn enough from Joe’s past to place the source of his incessant nightmares, and her dealings with his family are truly warming, funny, and at times, alarming.

McLean is a reporter for the ages, combining brains, courage, and impulsiveness in an awesome mix.

Though the character of Lois Lane is a phenomenal example of a strong woman in a (quickly deteriorating) boy’s club of the comic book world, McLean would likely go much further kicking ass and collecting hard evidence in bringing about the conclusion of a story, than Lois would.

But Lois has Superman to back her up, and McLean has only a rattled and hopelessly in over his head, mentally and physically drained Joe, who is all too mortal.

The style of the words amidst the world building are entirely new here, and offer a fresh conglomeration of noir, as fans of Raymond Chandler’s classic character Philip Marlowe will be delighted to see elements that are reminiscent as influences, yet this noir and this writing are wholly David’s.

The timeless nature of the story combines some of our contemporary times, i.e. cell phones, with a glimpse into a gritty fictional city rotting with corruption and dank with the oily barrels of many guns.

The art of David Lloyd has always been stark and unique in its way to attribute a bevy of emotions to the characters involved, as well as make the world itself a character, and this is very true in Kickback, where the city is capable of overshadowing its inhabitants in a realistic and yet surreal way with incredible feeling.

Interestingly enough, David was interviewed for the French magazine Bahniwé, and he spoke on his delight at being the creator of Kickback, on the process for making the work and his use of computing to enhance some of the color.

David Lloyd: But the greatest thing about Kickback for me is that it’s all mine. I like writing my own stuff, but the problem is that when editors like what you do as an artist, and see how well you illustrate various writers’ scripts, they always want you to keep doing that. It’s very difficult for an artist to get to write his own stuff because he has to make an effort to do that, and take time out from paying work he can get doing other stuff to develop his own ideas—in effect . . . I wanted to get that pleasure of working back for myself.

Kickback is set in a mythical US city—not a real place at some specific time. Franklin City is in the state of New Plymouth. It’s a fictional state but as familiar in all aspects as any other real city you’ve ever seen portrayed in a film or an album. But nothing, absolutely nothing—apart from the revolvers—is completely accurate in structure to the real objects and settings of the contemporary world around us… the cars are just regular basic cars that could be Fords or Chryslers, or whatever.

Bahniwé: In Kickback, you use a computer in your drawing. How do you see the evolution of your style?

David Lloyd: I don’t think my style has ever ‘evolved’ in the usual sense of the term. I’ve always just chosen to use different tools or techniques according to the needs of a story.

I didn’t actually plan to use any computer effects at the beginning of Kickback, but it just occurred to me to use them while I was doing it. I know some comic purists hate them. But I don’t overuse them. It’s very important not to overuse them. I use them in very specific cases. I think they’re valuable tools. I didn’t have a computer for many years. I got my first one in 2000 and discovered it had great value to me.

What I do with Kickback is scan in my black and white art, reduce it to the size of the printed page, print it out in black and white, then use colour pencils to colour it. Then I scan that using a Photoshop filter tool—smart blur. You can turn the texture of the colour pencil work into a pure colour shade, or keep some or all of that texture depending on what you want from a page or panel. Copy and paste the black. Make tifs, put it on cd. That’s it.

To read more of this insightful interview check out the David Lloyd Interview by Bahniwé, conducted at the Festival Quai des Bulles à St-Maloon.

As for David Lloyd’s newest creations, he is now a founder for a revolutionary digital publishing agency named Aces Weekly.

ACES WEEKLY is an exclusively onscreen comic art magazine: a weekly anthology of serial episodes and short stories in seven-week volumes, featuring some of the world’s finest creators of sequential art.

Readers can tune in to each volume and hundreds of comic pages, for as little as $9.99 (US)!

David spoke to me briefly about Aces Weekly at the New York Comic Con and felt compelled to embrace the digital age where more readers could be reached.

David provides some of his own work in the first volume (and it is damn GOOD), and in others.

What is truly remarkable about Aces Weekly is the sheer amount of great writers and talented artists that have come together to make top-notch comics for a bevy of audiences across myriad genres.

Read samples of Aces Weekly here, and above all take a long look at Kickback.

This rounds out our first ever POWkabam Comics Review, and with good measure you, the Eager Reader, deserve a grade of the work we have just examined.

See the POWkabam GRADE below, and stay tuned here for more interviews and reviews of all things comics!

“The Grit of V For Vendetta Creator David Lloyd’s Kickback” was written by R.J. Huneke.

The Grit of V For Vendetta Creator David Lloyd’s Kickback… 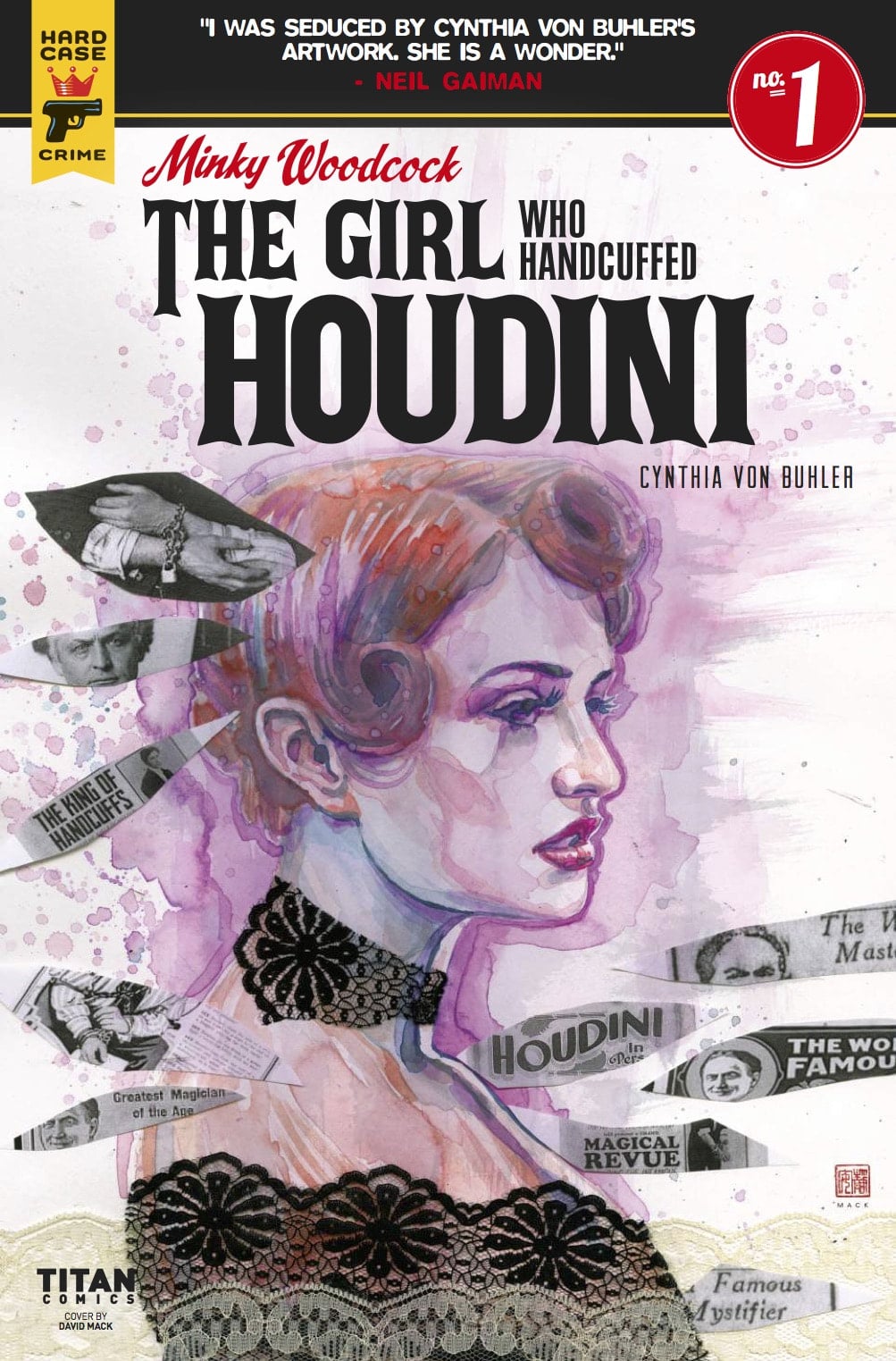 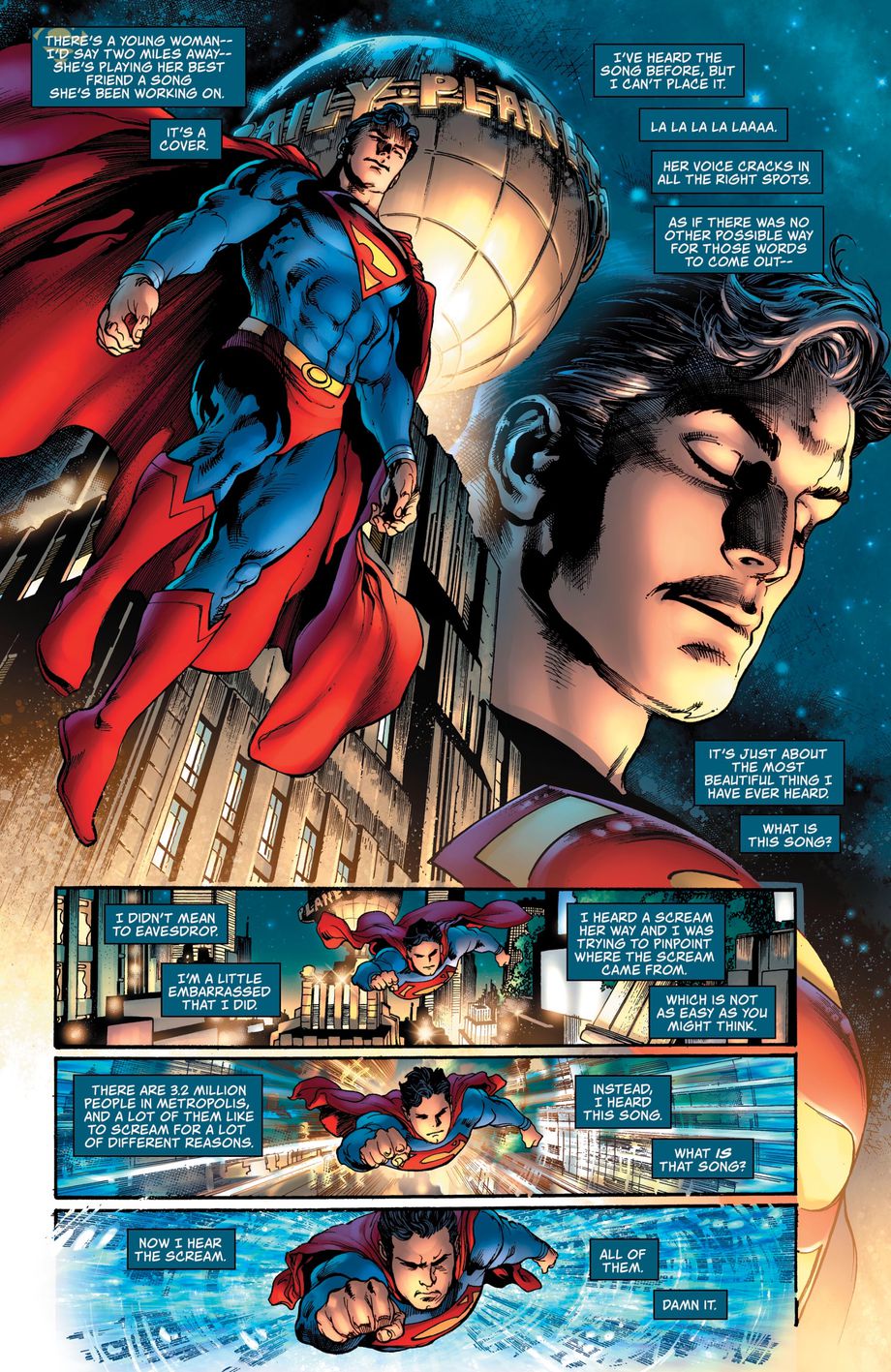