Review: The Man of Steel #1 Brings New Humanity To Superman 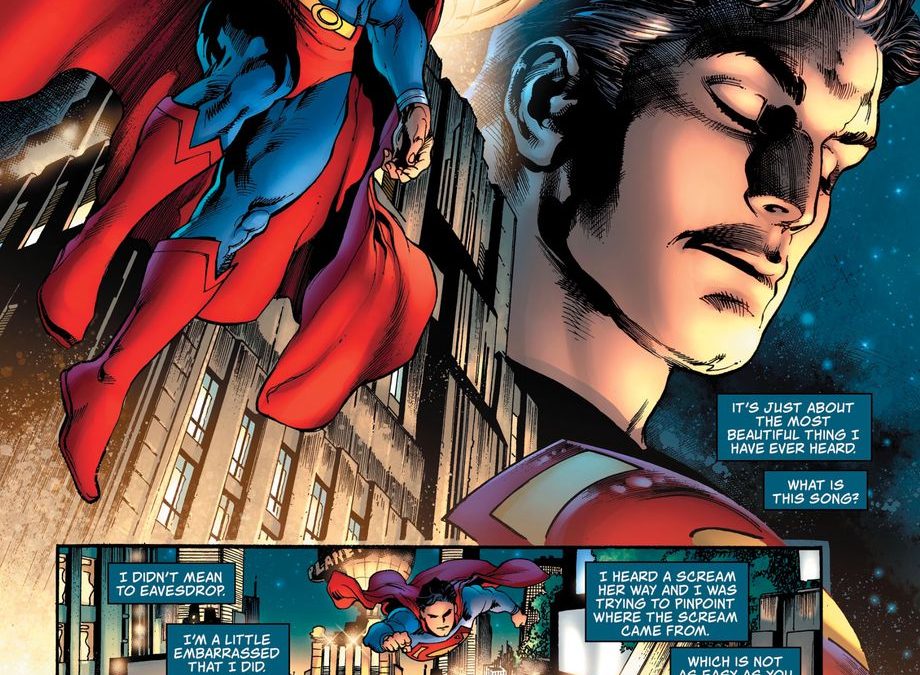 In this review The Man of Steel #1 brings new humanity to Superman and also to Krypton, with the planet’s dangerous demand for resources to expand its trade system of commerce coming to light from the unlikeliest of sources.

Brian Michael Bendis adds a riveting storyline backed by a sharp edge to the Superman mythos that is very relevant today.

The artwork for The Man of Steel #1 in the 6-issue weekly mini-series is stunning!

The bad-ass creative team for The Man of Steel #1 is as follows:

The intricate, tight, and incredible style of all of the artwork feels like a DC Universe we recognize with a fresh take on the (80 year old) Superman character.

All of the artwork is extraordinary, but the bright effervescent colors by Alex Sinclair balancing some deep shadows and blacks give life, realism, and sheer superhero-ness, for lack of a better term, in a way rarely done before.

From the pages of Action Comics #1000, we caught the Present Day in the Brian Michael Bendis Era where a new relentless villain, Rogul Zaar, emerges onto the DCU to give Supes a beating and a slicing in Metropolis.

And worse, Zaar claims to have destroyed Superman’s home world, killing his parents.

The opening of The Man of Steel #1 reads simply: “Krypton: Many Years Ago.”

And there in the past in front of an un-named council of overseers of the universe is Rogol Zaar!

And he is considered by the council as a hero and one they give great respect.

They hear him out as he states that the “plague” of Krypton is a greedy colonial push for commerce that will instill interplanetary war and consume many worlds as they pursue their increasing lust for decreasing resources.

This makes Krypton seem far more human than ever before!

The planet of the red sun is home to mortal beings that have faults and flaws, and their own imperialism and need for more and more resources to further their technological prowess, despite the deaths and downsides that can emerge from this, is truly a flawed and more realistic look at Kal El’s lineage than we have previously seen.

There have always been flaws with his brethren who ignored Jor El’s warnings of planetary destruction, but only in the movie Man of Steel do we see a more human look at the people who, in their greed, bring about their planet’s own demise.

Bendis takes this apt portrayal into a deep and much more realistic depiction of humanity on Krypton, even though in the first issue we have yet to see a single Kryptonian except for Superman himself.

This is so stark a view of our own world, let alone the emerging technical prowess of Krypton that we know of from the Superman canon that readers are left taken aback.

Things are not black and white in the United States, or the world at large, and neither are they in the Brian Michael Bendis Era.

“Writing Superman in today’s day and age is a such powerful experience,” Bendis told Forbes when The Man of Steel was announced. “We live in a world where we’ve heard, ‘Truth, justice, and the American way’ our whole lives, right? But this is the first time those things are really not to be taken for granted. Truth has been revealed to not be as black and white as we thought it was; justice is sadly not always for everybody; and the American Dream, the American way of everybody coming here to pursue the idea that they can live a safe and healthy life — these are ideas we always took for granted, but now we don’t. No matter where you are politically, we just don’t take these things for granted anymore.

“And now I think it’s time Superman stand up and give us that hope we always want from him. It’s a great thing to be writing a character who exudes hope at a time when people really, really need it.”

Zaar wishes to prevent bloodshed in an outright war and asks the council to instead wipe out Krypton.

He is later respectfully informed, at the end of The Man of Steel #1, that they do not see aggression from Krypton and will let them be.

The bulk of Zaar immediately questions if the council was paid off.

What is equally intriguing about this opening saga is that Superman is shown to be far more human, in his costume as Superman, than he is as Clark Kent.

It is true The Man of Steel #1 is a small sample size.

But seeing Superman stop amidst all of his chivalrous deeds, flying like a god, to simply listen to a local musician’s take on a catchy song is simply brilliant.

Bendis, in a single page, makes the Man of Steel so much more human than the bumbling Clark Kent.

The writer who created one of the most human and realistic superheroes of all time in Jessica Jones, the private investigator and flawed female protagonist in Marvel’s comic series Alias, is adept at letting life, politics, and all of the warts and grace of humanity in civilization bring his stories and world building to amazing heights.

Superman now has more ancillary characters of importance, like the female fire chief Superman meets in a burning building, just as the great Jerry Ordway and Dan Jurgens often did in their writing of the character before.

Building on the firefighter, Bendis has given us a rare moral dilemma that is truly endearing with her and Superman.

We all have the thought at some point even if we would never act on it, and Superman now does too: despite his wife Lois (who is currently MIA at the Daily Planet) and their child, he shows lingering interest in the firefighter.

This is not an outright infidelity interest, but if for no other reason then fleshing out the mortal humanity in a superhero above all superheroes, Superman is shown to at least have the thought and sexual urges that all people share.

What is more human than that?

“Review: The Man of Steel #1 Brings New Humanity To Superman” is written by R.J. Huneke

“I wish you could hear this…” Brian Michael Bendis, Ivan Reis/DC Comics

Review: The Man of Steel #1 Brings New Humanity To Superman… 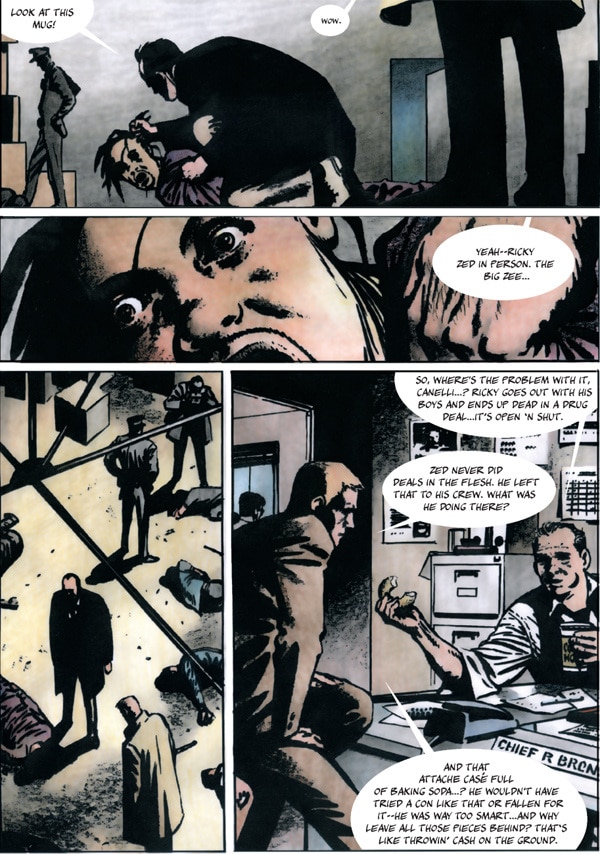 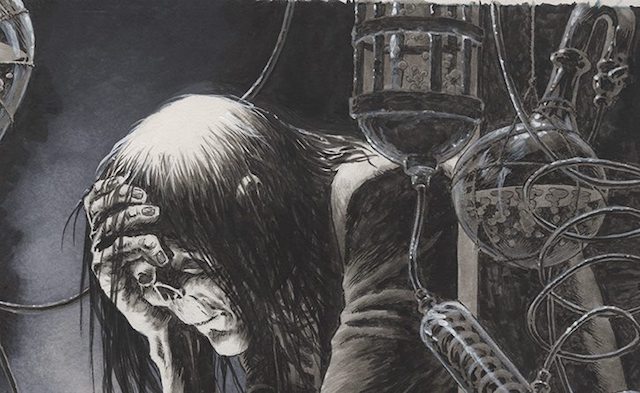