Soviet Daughter: A Graphic Revolution: two moving life-stories are encased in a graphic novel memoir by Julia Alekseyeva that intertwines her life as a Jewish immigrant and refugee living in Chicago with that of her great grandmother, Lola, whose birth in 1910 outside Kiev would pit her against revolutions, civil war, the Holocaust, and the rise and fall of the Soviet Union.

Oftentimes there is a member of your family that one connects with on a deep level.

Sometimes no one else but this special person understands you.

For Julia Alekseyeva, Lola was that special family member.

Living to be 100 years young, Lola left behind a loving family that had moved to the US as refugees from Kiev, and she also left behind a memoir that her great granddaughter Julia found and decided to bring to life with vibrant art and a deeply poignant look at her own life and relationship with her great grandmother, Lola, whose overcame incredible life obstacles in Eastern Europe for nearly a century.

Though the tumult of the pre-, present-, and post-Soviet Union era is exciting, frightening, and painful to witness through the eyes of the Jewish woman who grew up and lived through it all, the stories of both her and Julia resonate here for two very important reasons:

First, the art by Julia Alekseyeva is remarkable.

Using her own way to take the comic strip and comic book mediums she makes each page stand out, with strong emotion in the faces, in the weaving of different panels, almost like looking back on past dreams, and the overall detailed scenery, inside and outside, gives the reader a vivid sense of what is going on and why it is important to the two figures.

Second, the writing in Soviet Daughter: A Graphic Revolution in its subtlety resonates deeply.

Like many of the ups and downs of the region, Lola experiences stark terror and poverty, stability and success, in waves, while Julia grows up with much more perspective than many of her fellow Americans.

The horrific way Lola, as a child, witnessed her father nearly get killed for being Jewish during a nationalist pogrom is one instance.

The way Julia is scared of Germany and Germans until grad school because of her grandparents that lived through WWII and her grandfather who sang marching songs that spoke of bayonetting Germans and fascists is another.

This speaks to the times, to the people who have to live in such times, and to difficulties we all experience through our feelings of the ripples caused by the times of our lives.

At times the reader’s heart aches to hear things like the young newly married Lola, in 1930-1933, who had to survive consuming only a cup of hot water with a sugar cube and a piece of bread for breakfast because they could barely support themselves, like most around them.

The insightful look into these two amazing women’s lives set amidst a riveting account of history as they experienced it is truly remarkable. 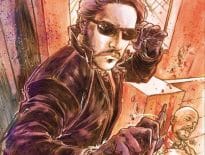 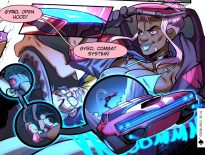