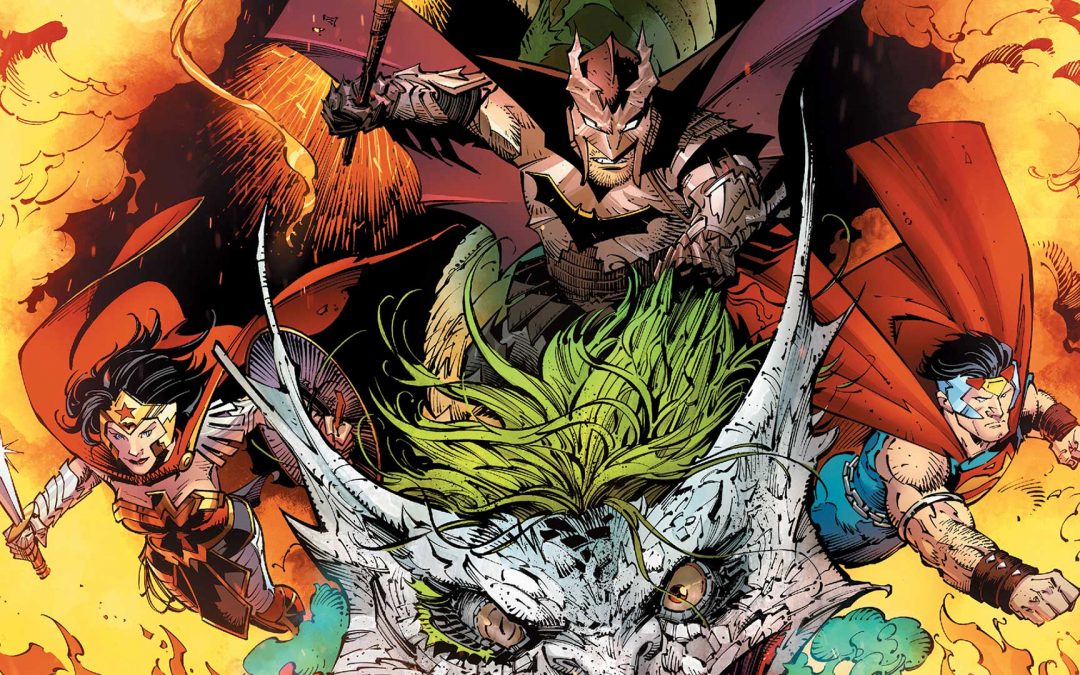 Too F$&%*N Metal DARK KNIGHTS METAL 6 Shreds All! And that summarizes the gnarliest, twisted, epic DC tale to ever land a piercing note.

DARK KNIGHTS METAL 6 comes to us from one of the all-time greatest teams of ass-kicking artists ever assembled: master storyteller Scott Snyder (writer) on vocals and the Muhammad Ali-Bruce Lee tandem force of Greg Capullo (pencils) on bass and Jonathan Glapion (inks) on guitar.

And let’s not forget the Nolan Ryan of colorists here drummer FCO Plascencia.

Metal is the essence of the entire multiverse and it has permeated the weapons, the Forge of existence, and every being.

The intricate guitar solos rip through the thumping rhythms, as a story so warped with dark twistedness and innovative visions of Batman’s worst nightmares pits earth’s greatest heroes against the worst fate to ever threaten the DC Multiverse: a darkness so complete that only hungry nightmares and the screaming song of Barbatos resonating in the dark night will pervade.

He yelled this at then-bassist Jason Newsted; James continued, “you’re too metal for your own good.”

There can be no greater compliment I can think of.

Barbatos, the hellish demon from the darkest corners of Batman’s being, is about to screech a song so sick and powerful that everything in the multiverse will fall to the darkness.

And then the Metal-Hawkgirl – black, silver and sharp as an embodiment of a katana – flies and, with a little help from Wonder Woman, cuts straight through the torso of Barbatos before the death-song can be bellowed.

The badass art and writing are going to go down as a legendary DC tale like no other.

The look and feel of the earth swallowed by the lost nightmare’s worlds running rampant is utterly compelling, bleak, and full of shadows.

The weapons, the expressions and the clothing are all intricate details of spikes and metal edges, and the incredulous warped characters that don the gear . . . damn it is so good!

The DARK KNIGHTS METAL crossover is something wholly new and about as different from standard superhero myth as it can get, and yet it somehow fits perfectly together and works in a legendary way.

Part of this is due to each personality crafted from the minds of Scott Snyder, Greg Capullo, and Jonathan Glapion from the seemingly Joker demon Mouth Of Sauron-like figure with his crowing vampiric Robins on chains to the colossal Doomsday nightmare, who seems to make one of the grittiest and frightening villains in DC history even scarier.

And in the wake of nightmares, DARK KNIGHTS METAL 5 revealed that Dream of the Endless, Daniel’s whole world too, the essence of all things, stories, was at risk.

In DARK KNIGHTS METAL 6, victory is achieved in many unlikely fashions.
A troop of Batmen from Earth #39, including Frank Miller’s version of the older Batman – looking like he is straight out of the Dark Knight Returns world – lends help in the heat of the final battle.

And Batman goes to the nightmare Batcave to battle the Joker demon who reveals he is not based off a Joker nightmare but is a vision of Batman himself.

Batman kneels on the floor of the Batcave with the Joker-like Teeth taunting him, and a gun is gun raised to execute the Bat.

But when Batman says to do it, the real Joker – looking freaking sick in classic purple duds turned modern/metal/uncompromisingly badass looking via hanging green chains and his mohawk-like hair – fires his giant Joker-pistol and the gag-flag spears through the demon.

This book, DARK KNIGHTS METAL 6, has it all.

The ending and epilogue leave the DC Multiverse blown wide open as a wall to another multiverse is breached and new possibilities of good and evil lay in wait for the Justice League.

Even Neil Gaiman’s version of Sandman is missing, despite the world of dreams and the library of tales having survived the fires of Barbatos.

This one was METAL to the end!

“Too F$&%*N Metal DARK KNIGHTS METAL 6 Shreds All!” was written for POWkabam by R.J. Huneke. 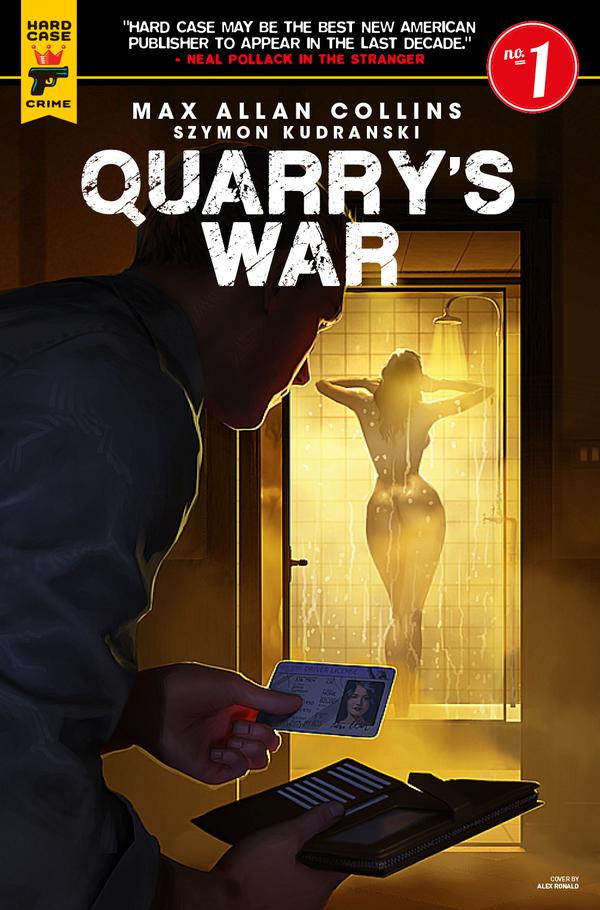